The CO2 emissions from fossil fuel combustion decreased by 2.5 percent in the European Union in 2018 compared to the year before, partly driven by a decrease of 5.4 percent in Germany, the EU’s biggest emitter, according to the EU statistics office Eurostat.

Total emissions in Germany last year saw the greatest drop since the 2009 recession. Warm weather and higher prices dampened the use of climate-damaging fossil fuels, bringing overall greenhouse gas emissions down by 4.5 percent. However, Germany still is struggling to meet some of its national and European climate targets in the coming years, for example for emissions reduction in sectors not covered by the European Emissions Trading System (ETS), such as transport and buildings. 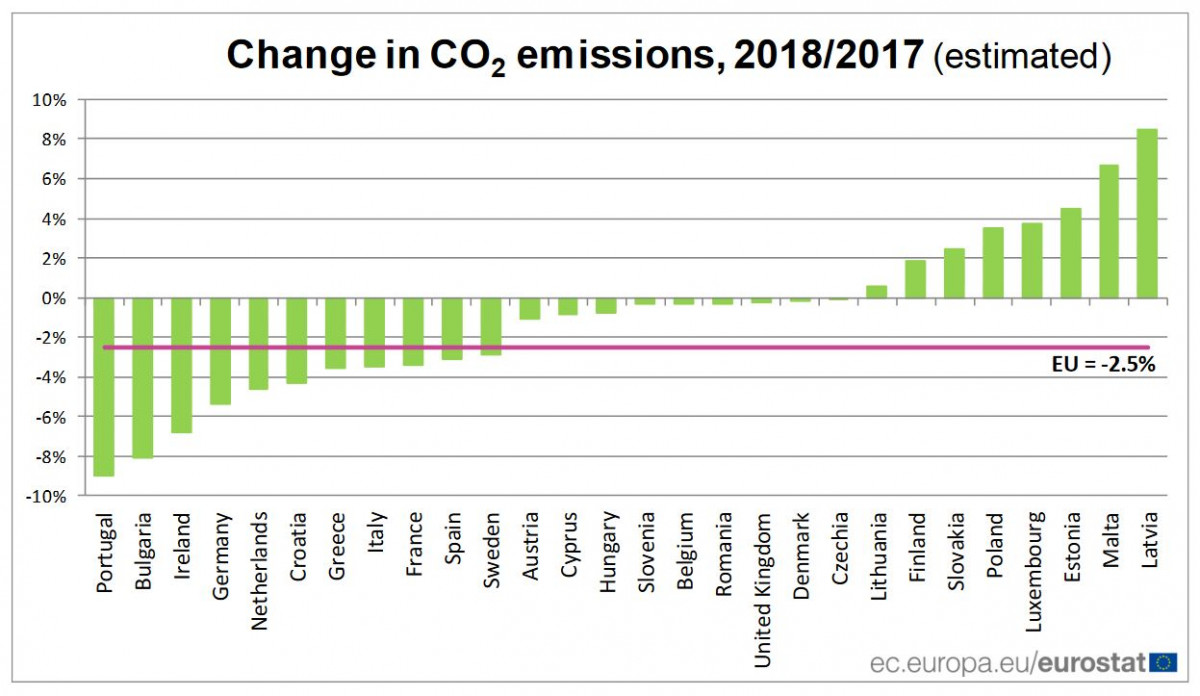